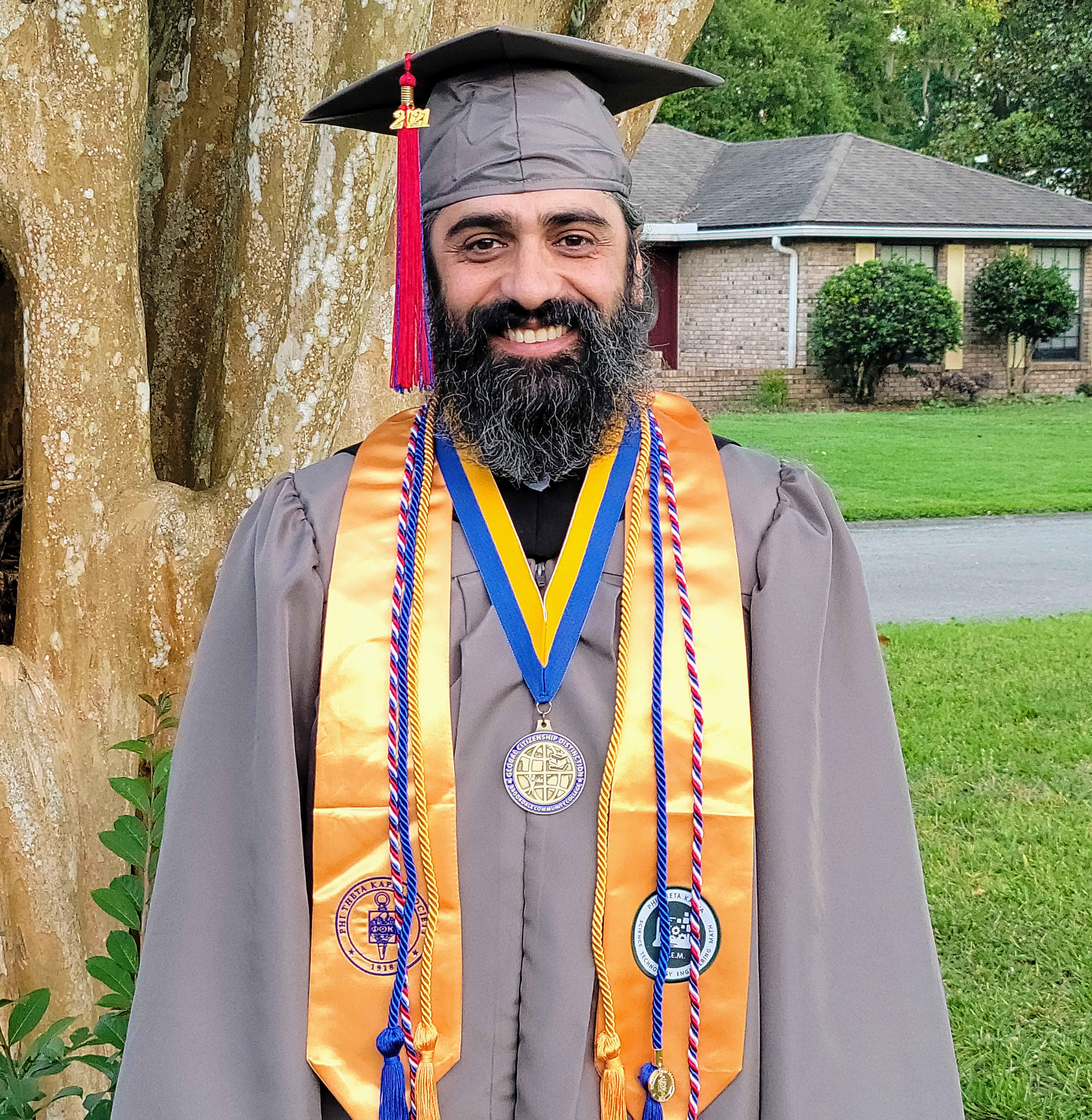 “Over the past several years, Rob has become an integral part of the Brookdale family, and he has contributed so much on so many levels,” said Michelle Paci, physics instructional assistant at Brookdale. “Rob’s commitment and perseverance immediately made him stand out as he seems to have an infinite amount of energy and goodwill to give to his studies, peers, clubs, and commitments,” Paci said.

“Robert is one of those rare students whose service extends to supporting the College and the larger community,” said Dr. David Stout, president of Brookdale Community College. Mennella, a veteran of the United States Air Force, developed the “Lunch with a Veteran” program at Brookdale to encourage students to interact with veterans and address preconceived perceptions. “Robert came to Brookdale as a non-traditional student with 20 years of service to our country in the military and federal law enforcement. While his experience was dramatically different from the average recent high school graduate, his immersion in student life has been extraordinary,” Stout said.

In addition to his involvement in clubs and organizations on campus, Mennella also received a NASA Fellowship grant and completed a research project with the NY/NJ Baykeeper Association. The project focused on fighting beach erosion by creating living shore lines.

“Nothing I have ever done was for recognition; it was always for the cause,” Mennella said about receiving the Outstanding Student Award. However, he said he was very pleased to be recognized. “It is nice for my efforts to be noticed and appreciated.”

Mennella, who recently moved to Florida, plans on settling in to his new home and doing volunteer work. He also plans to transfer for a four-year college to pursue a bachelor’s in environmental engineering.